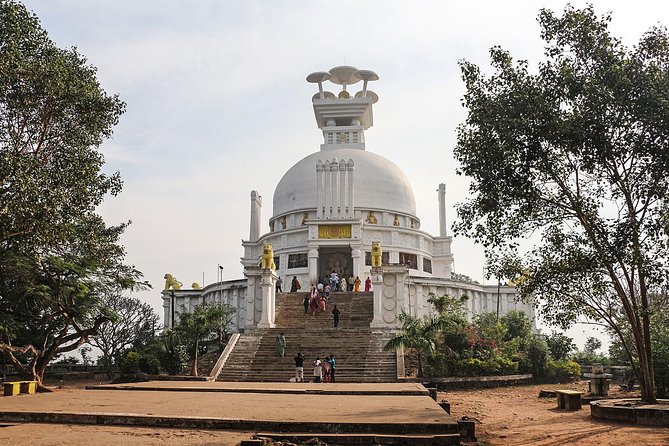 Bhubaneswar, Jan 31: The Odisha Tourism Department Friday informed the media that the three-day Dhauli-Kalinga Festival will start from February 7 and will culminate on February 9. The festival has been envisioned to be a cultural extravaganza to attract the tourist to the evening tourist destination.

As per the list of programmes shared by the department, on the maiden day of the programme an Odissi dance programme meant to pay tribute to doyen of the dance form Kelucharan Mohapatra will be performed.  Another programmes planned for the day included Bharatnatyam and the locally popular Mayurbhanj Chhau dance. On the second and third days several other dance forms have been planned to be performed to woo the people living in close proximity of Bhubaneswar, Cuttack and Puri.

Every year in the month of February as the night engulfs the city, stars descend on the Peace Pagoda to unleash an array of bedazzling performance that leaves the audience spellbound with their sheer brilliance.

The Pagoda a symbol of Buddhist legacy in the state of Odisha is an enduring symbol of peace and harmony in the world; hence it’s often referred as the International Peace Pagoda. The message of peace is reinforced through various performing arts of the classical genre enacted by renowned exponents. The festival is hosted jointly by the State  Tourism Department and Odisha Dance Academy.

The festival started in the year 2003 as two independent festivals which were brought under one umbrella in 2011 and came to be known as Dhauli Kalinga Mahotsav. Art Vision, Bhubaneswar is associated in selection and co-ordination of martial arts in Kalinga Component.

During the three day festival, the Peace Pagoda transforms itself under the star lit skies and artistic brilliance of the performers leaving the audience with memories to savour for days to come.

“Dhauli Mahotsav is intended to permeate the gospel of peace through the concerts of classical & folk dances and music of India by synthesizing the quintessence of religions and faiths. While Kalinga Mahotsav sends the message of peace through the martial arts being represented from across the country and abroad,” the department said in a media release.