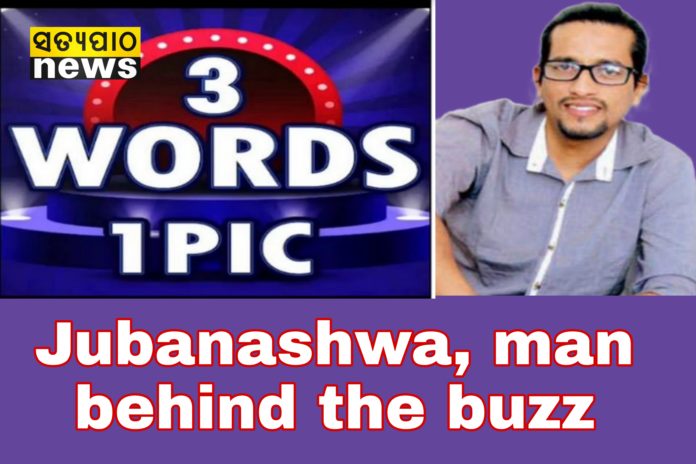 Bhubaneswar, 08/04/22: Word game #3Words1Pic has created a stir on the online gaming genre on social media; the frenzied buzz was evident when the hashtag trending #3Words1Pic bombed the Twitter on 07 April. Casual gamers say that it’s India’s answer to the widely known, online brainteaser, Wordle!

#3Words1Pic has taken over internet, surging curiosity among the gamer community across the globe. The fever has left Twitter flooded with netizens posting their selfies and memes, asking their friends to send them three words for the pic with #3Words1Pic. The hashtag trending on Twitter within days of its announcement has made it a must-try for casual gamers worldwide.

When the world is reeling in the popularity of colourful emoji squares, India’s own developed word game “3 Words 1 Pic” has rightly upped the ante. 3 Words 1 Pic is an android game developed by a gaming company based in Bhubaneswar, called Paperboat Labs Pvt Ltd, and is available on Google play store for free download.

The founder of the gaming startup, Jubanashwa Mishra, said “A recent study shows that in English language 71% often find spelling mistakes in written correspondences. To promote the use of right spellings and the right word for the right communication, 3 Words 1 Pic is a gamified way for improving your spelling and vocab, where all you need to do is – guess three words related to one picture.” 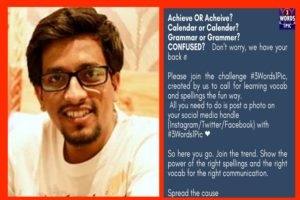 The game navigates through levels with the use of tons of pictures that adds to the fun. While looking at colourful pictures, the users also learn a treasure trove of new words and their spellings. As the game progresses the user has to move ahead within levels. You will never experience a dull moment while moving through the colorful interface interlaced with lovely use of graphics and navigation. 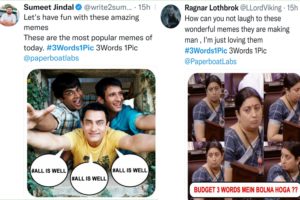 This marketing campaign has also laid to flooding of the internet with memes of different genres. Influencers and netizens from all across India have joined the #3Words1Pic campaign. From Marketing professors of reputed institutes to senior journalists, trade experts and film critics from entertainment industry.