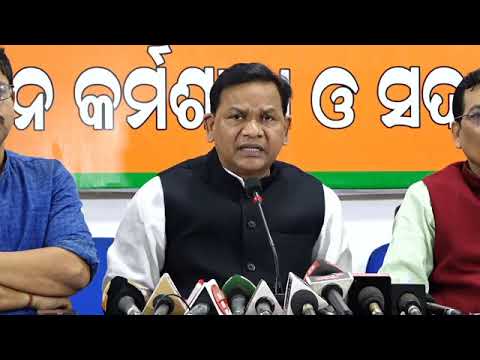 Bhubaneswar, Jan 7: The Bharatiya Janata Party (BJP) Tuesday appealed to the Odisha Chief Minister Naveen Patnaik to consider banning the sales of non-vegetarian food and alcohol from shops which are juxtaposed to the famous Puri Jagannath temple in the temple town.

The Leader of Opposition in the state assembly and senior BJP leader Pradipta Naik Tuesday wrote a letter to the CM, urging him to consider banning these products from sales from the nearby shops situated close to Badadanda at the earliest. The BJP leader meanwhile also applauded the CM for beautifying the areas close to the famous religious site.

In his letter to Patnaik, Naik said, “Puri is one of the Dhams out of the four Dhams in India which is recognized as a sacred place for all the Hindus in the world. I am very thankful to you that recently the construction and beautification of Puri has been developed and well maintained which is attracting a large number of pilgrims.”

The leader in his letter to the CM complained about the sales of these objectionable products in the temple town close to the temple. “To my utter surprise there are so many hotels on both the sides of Badadana, Puri where non-vegetarian items are being sold. “Even there are good number of hotels where liquor are being sold due to which there is a great discontentment among the devotees coming to Puri for a darshan of Lord Jagannath,”

The BJP leader also appealed to Naik to ensure such products are not sold close to the Puri temple in the town and the request is considered at the earliest. He said, “I would therefore request to kindly take necessary steps to ban sale of non-vegetarian food and liquor in the hotels of both sides of Badadanda i.e from Shree Jagannath temple to Mausima temple at the earliest.”