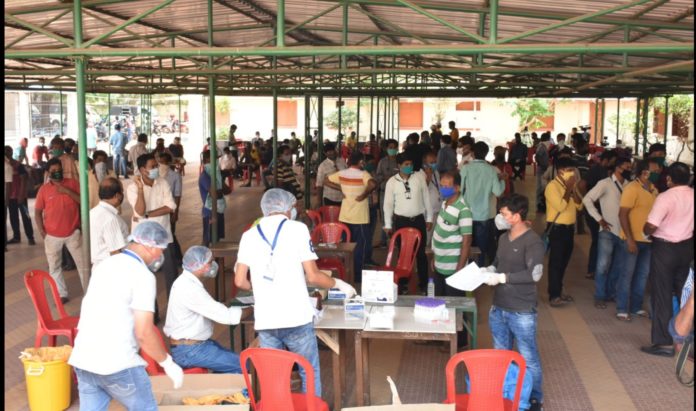 Bhubaneswar, April 21: The northern district in Odisha-Bhadrak which had already seen eight cases of COVID 19 by Tuesday has reported three more cases.

According to the State Health Department, with the inclusion of three more cases, Bhadrak now has a total of 11 cases in total. This is the second district in the state to report the highest number of cases of the global pandemic.

The state has now 82 cases in total while the active cases stand at 51. The state has also reported 30 recoveries and one death due to the health ailment.

Earlier the State government had claimed that most of the new cases from Bhadrak and Jajpur are related to travels of some of the patients to West Bengal.

Till now only 10 districts out of 30 have reported COVID cases from the state while not a single case has been reported from other 20 districts.

While Khurda district reported the highest of 46 cases, Bhadrak, Balasore and Jajpur have become new hotspots for the viral disease.