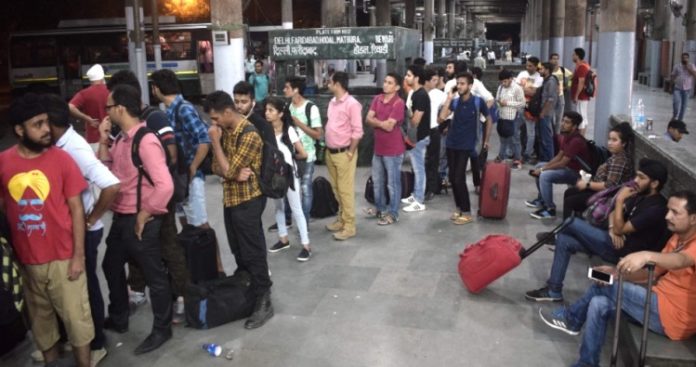 Bhubaneswar, Mar 18: The Odisha government on Wednesday admitted that it cannot ensure 100 per cent screening of the population coming from other countries and states into Odisha and admitted that the lacuna is likely to prevail.

Subrat Bagchi, spokes person of Odisha government on COVID-19 when asked about the absence of screening for passengers coming through roadways claim that all entrants cannot be screened. “We have to accept the reality. We cannot ensure 100 per cent screening. Neither any Indian state has been able to do this nor any country has succeeded in 100 per cent screening,” Bagchi said.

The response from the government official came when he was confronted with the question that many inter-state bus passengers travelling in overcrowded buses are not screened in the state upon their arrival while many railway stations still do not screen their passengers.

The government on the other hand also claimed that out of the 2131 passengers from the state who had a recent travel history of foreign countries only 47 persons (2 per cent) have been tested through their samples for Coronavirus while most of the others are scott free and many entered into their population without even a thermal screening.

While the civil aviation ministry and Indian railways of the Union government have tightened their noose to screen people in airports and selected railway stations, bus stands which are owned by the state governments hardly have pitched in seriously in the state to screen people coming from other states, many of whom could have foreign trip history.