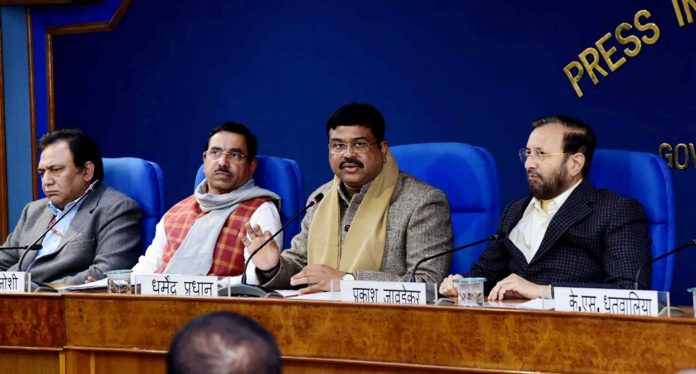 New Delhi, Jan 8: The Narendra Modi government at the Centre Wednesday approved the in principle disinvestment of equity shareholding of six Public Sector Units (PSUs) into the Odisha-based Neelachal Ispat Nigam Limited (NINL), a joint venture of two Odisha government PSUs and others.

Neelachal Ispat Nigam Limited (NINL), a company promoted by MMTC Ltd,  Industrial Promotion and Investment Corporation of Orissa limited (IPICOL) and other government agencies and has set up an 1.1 million ton Integrated Iron and steel plant at Kalinganagar, Duburi in the Jajpur district of Odisha as per the statement of the NINL on their official website.

Union Petroleum and Natural Gas Minister Dharmendra Pradhan and other Union ministers announced the decision of the Union Cabinet of Economic Affairs in the national capital. According to the Union government, the  Cabinet Committee on Economic Affairs chaired by the Prime Minister  Narendra Modi has given ‘in principle’ approval for strategic disinvestment of equity shareholding of six public firms.

The Union government said that the NINL is a Joint Venture company, in which four CPSEs namely MMTC, NMDC, BHEL and MECON and 2 State PSUs of Odisha Government, namely IPICOL and OMC are shareholders.

It also added, “It is also expected that the successful strategic buyer may bring in new management/technology/investment for the growth of the company and may use innovative methods for the development of the business operations of the company, which may generate more employment opportunities.”