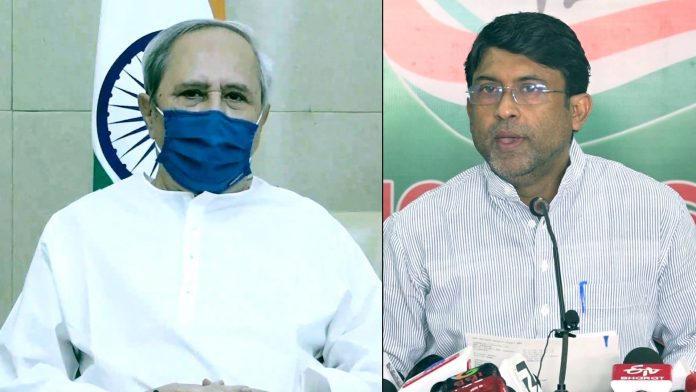 Bhubaneswar; Finally the ruling Biju Janata Dal (BJD) has brought the Other Backward Class (OBC) issue to the centre of poll narratives in Odisha. The politics over Other Backward Classes (OBC) has picked up force in the state with Panchayat and Urban Local Body elections approaching closer. On 13 August 2021, the jolt came from the BJD camp, when two senior ministers of chief minister Naveen Patnaik’s cabinet declared that BJD will give tickets to 27 percent OBC candidates in the upcoming Panchayat and ULB polls. Addressing a Press Conference, Ranendra Pratap Swain, minister, Food and Consumer Affairs and Arun Sahu, minister of Higher Education department said, their party is committed to give justice the huge OBC/ SEBC population in the state. The party acknowledges their long standing demand for 27 percent reservation for SEBC and OBC candidates in jobs and education in the state, said Dr Sahu. However due to the the Supreme Court’s restrictions to maximum reservation limit to 50 percent the state government could not give 27% reservation to OBC people, said Ranendra Pratap.

The BJD’s decision to field 27% candidates from the OBC category in Panchayat polls came two days after the party demanded a union law empowering states to allow to give reservation more than 50 percent cap and make provisions for SEBC census in Census 2021. In February last the Odisha State Backward Classes ( Ammendment) Bill passed in the assembly. It allowed the OBC commission to survey the SEBC in the state. The BJD government has been delaying the process with the plea that the state does not have the scientific data regarding the exact population of SEBC in the state. The state does not have a reliable data as the last OBC census was done in 1931 census, which is almost 90 yr old.

Odisha Pradesh Congress has reacted sharply to BJD’s decision to give party tickets to 27% candidates belonging  to SEBC/OBC category. Satya Prakash Nayak, convener of PCC media cell, has criticised the decision as Naveen Patnaik’s dirty politics. BJD has betrayed the SEBC/OBC people which is more than 52 percent of state’s population, said Satya Nayak. 27 percent reservation is an accepted norm enacted by the parliament. Giving 27 percent reservation is a constitution provision and rights of OBC/SEBC people of the country, unfortunately Naveen Patnaik government has been depriving the millions of OBC people of the state of their rights for over two decades, alleged Satya Nayak. Addressing a press conference, Congress party said, BJD is feeling insecure of the outcome and afraid of being rejected by the majority OBC and SEBC population in the upcoming polls therefore played OBC card. “ Dear Naveen Babu, please try to understand, millions of SEBC/OBC youths in Odisha want 27% reservation in job and education in government sector. They do not demand BJD party tickets” said Satya Nayak. Naveen Patnaik government is anti-OBC and it does not want to give 27 % reservation, that;\’s why they are taking the plea of the Supreme Court’s 50% cap, he said. If the maximum reservation limit is more than 50% then how come it is more in GoI and many other states, questions Congress. First the BJD government kept the OBC commission defunct for over decade. Now they are taking the plea of caste census. The Socio Economic Caste census done by UPA government has the required data, so why the state government is not accepting it to make the provision accordingly, asked Satya Nayak.

The 27% OBC candidate is a poll gimmicks, if Naveen Patnaik is really keen on giving social justice to the SEBC/OBC people of the state then why does not he give one post from either BJD party president or Chief Minister  to a OBC leader, asked Manoj Mohapatra, Congress spokesperson. The state unit of Bharatiya Janata Party (BJP) too has condemned the decision of BJD.  The BJP has given more than 35 % tickets to OBC candidates in last 2019 elections. It is BJD’s internal matter, said senior BJP leader Prithviraj Harichandan. (TN)