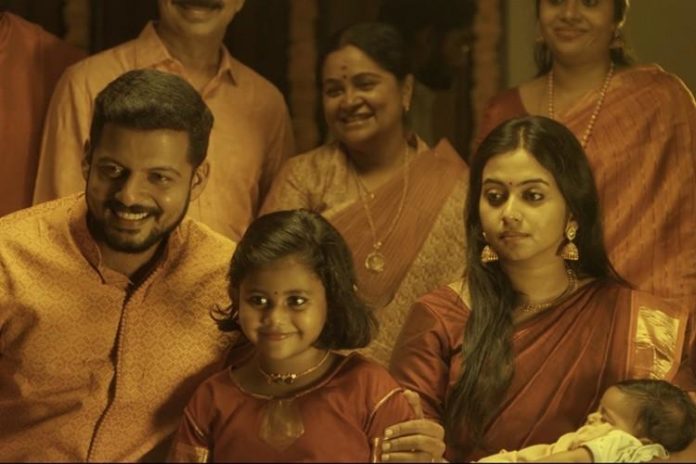 Bhubaneswar, Jan 27: A recent Malyalam music video named ‘Jananya’, directed by Anand Anil Kumar based on ‘post patrum depression’ has sparked widespread debate on a phenomenon, hardly discussed in the mainstream media and the society at large.

The music video narrates the ordeal of a mother who has just given birth to a child and started to feel sidelined, depressed with the sudden change of her life. She was portrayed to be a victim of post patrum (post delivery) depression which often affects several new mothers. Studies claim one out of seven new mothers fall victim of this phase after she becomes a mother. Medically, post partum depression is said to be a mix of physical, emotional and behavioral changes that triggers in a woman after giving birth.

Doctors and psychiatrists working in Odisha claim that depression post delivery for many mothers are very common. They also revealed that owing to the patriarchal nature of the society and male preferring families, mothers who give birth to a girl child are more prone to become victims of post patrum depression.

“Postpartum depression has its onset within weeks after delivery. There are higher chances of mothers in many families becoming depressed if the newborn is a girl child. There are hormonal changes in the body after delivery which also plays an important part in aggravating depression,” said Dr Alakta Das, gynecologist and obstetrician from Bhubaneswar.

According to Dr Das, besides these chemical changes, social and psychological changes associated with having a baby create a increased risk of depression. “Postpartum depression commonly includes mood swings, crying, anxiety and difficulty in sleeping. The disturbances in sleep cycles , lactation and breast feeding sometimes gets altered and waking in between the nights several times also contributes to this,” she added.

Accepting getting such cases in his clinics, city-based psychiatrist Dr Suvendu Mishra batted for a gender-based counselling before and after birth to ensure empowering the mothers and families to avert the onset of such ailments.

“Whole life of a mother changes in such case. It is more common in urban areas rather than in rural areas. Lack of social support, birth of multiple girl children and hormonal changes post delivery add up to the woes of a mother,” he said.

Dr Mishra added, “Awareness among people about gender equality is very important, and before delivery counselling should be given to the family to avoid postpartum depression.”

According to another psychiatrist Dr Amrit Pattojoshi, there are three stages of postpartum depression.

“First is postpartum blues, in which the mother worries for the newborn child. It is treated by counselling, observation and behavioral modification. Second is postpartum depression, in which the mother feels sad, suicidal, tearful and irritated. It is treated aggressively, which includes behavioral modification, food hygiene and social support apart from medication,” he explained.

He also added, “Third and extreme stage is postpartum psychosis. In which the mother gets paranoid, suicidal, tries to kill the baby and in some cases even kills the newborn. It is treated as a medical emergency, most women need to be treated in a hospital in such extreme cases,”

Dr Pattojoshi said that in most cases suddenly it is difficult for the mother to live for two human beings, so counselling of the parents and family should be taken as a priority” said Pattojoshi.

Suggesting natural ways to fight such ailments, the psychiatrists suggest that the behavioral changes are normal and it is not the mother but the mother’s body and her sufferings which are making her behave differently.

“So we should be supportive to her, reduce her responsibilities, share her work, pamper her, give her love and tenderness from conceiving to delivery. Both mother and the baby should be safe, that should be the prime concern,” Dr Pattojoshi added.

(Adarsh Mohanty is a news intern with The Blink)