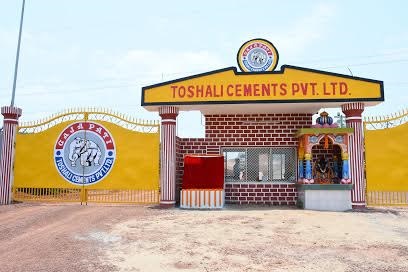 Bhubaneswar, Feb 27: The historic Asura Vihara Gumphas near Choudwar, an ancient archaeological site having three rock cut caves, have been handed over to a private company by the state government. The three caves, dating to the 1st century C.E are located at the Indrani hillock near the Indranipatana village near Choudwar. The caves are similar to the ones at Khandagiri and Udayagiri and belong to the same period.

A team from Indian National Trust for Arts and Cultural Heritage (INTACH), while conducting the survey of the Mahanadi Heritage Documentation Project, stumbled on this when they were prevented from approaching the site as it has been walled over by a private cement company.  The three west facing caves are rectangular in plan and hewn out of an outcrop of laterite rock. Before being walled in, they were visible from the NH-42 connecting Cuttack with Talcher, just 300 metres away from the highway.

According to Anil Dhir, the Project Coordinator of INTACH’s Mahanadi Heritage Project, these unique caves were made by Jain monks and were later used by Buddhist monks. They have been a landmark in the area for centuries and locals also conducted worship at the place. The place has rich oral history and local folklore has it that the Choudwar region was the Virata kingdom during the Mahabharata era and was the abode of the Pandavas while in exile. 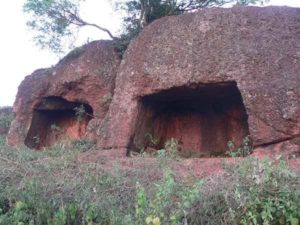 Locals believe that a  demon named  “Manda Khia Rakhyasa”, who lived in the caves,  had spread terror due to his demands of a cartload of Manda Pithas along with a  “Nara bali”  (human sacrifice) every day. Bhima, the second of the Pandavas, had challenged the demon and slain him in a fierce duel at this spot. The locals held an annual festival at the spot for centuries, which has been discontinued since the last two years. The villagers had protested when the wall was being made, but they were arrested and thrown in jail.

Dhir, who had visited the place a few years ago, says that the caves were very well maintained by the locals and were in a very good state. However, the State Government handed over the entire hillock along with the adjoining land to a private company under the Make in Odisha Conclave. In fact the Chief Minister of Odisha had inaugurated the 3.86 lakh TPA capacity cement plant of Toshali Cements by video conferencing in May 2018. To ensure that the investments intents received during the Make in Odisha Conclave were converted quickly, the government ensured that all required support such as land; utilities and clearances were made available to them expeditiously. In this fast tracking, the archaeological site was overlooked and the caves too were included in the land allotted and were quickly walled in by the Company.

Dhir further stated that it was a pity that this important site has neither been notified by the State Archaeology Department nor the Archaeological Survey of India. The Indira Gandhi National Centre for Arts had documented the site in 2001 and accorded it Monument Serial No OR/CTC-51. Choudwar was an important ancient Buddhist centre and many fine specimens of Buddhist sculptures have been found in and around the caves. 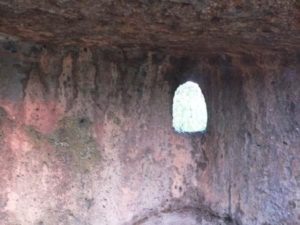 Many eminent Odia historians and archaeologists have written about the site. Mention about the Buddhist sites of Choudwar are found in the works of  Ramprasad Chanda’s  Exploration in Odisha,  Paramananda Acharya’s Odishara Pratnatatwa and Anannya Prabandha, Dr Harekrushna Mahatab’s Odisha Itihasa, Dr Krushana Chandra Panigrahi’s  History of Odisha  and  R. C.  Mohapatra’s  Archaeology in Odisha.

The Viratagadi site of Choudwar is an ancient Buddhist site. A few mounds near  Viratagadi are the remains of an ancient Buddhist monastery. In the last two centuries many idols and broken stone images and sculptures have been excavated in the area. Many Buddhist idols are being worshiped as village goddesses in the vicinity. A Tara image is being worshiped as Mahalaxmi and a Marichi image as  Parvati at the nearby Chateswara Shiva  temple. In the Choudwar Sabar Sahi, an   Avalokitesvara image finds it place as the Gramadevi. Proper archaeological excavations in the area will reveal rich finds.

Anil Dhir says that presently the caves are covered by thick vegetation which may damage them. The laterite stone is honeycombed, and if proper clearing is not done, the vegetation will split the rock face and cracks will develop. Proper conservation and preservation is the need of the hour.

A.B.Tripathy, State Convener of INTACH is of the opinion that the caves should be retrieved from the Company and the allotment of the site cancelled. The Company should provide free access and open up the caves for the public and villagers. He stressed the need for a proper documentation and listing of the lesser known monuments spread all over the State. Many important sites lying in neglect need to be notified as protected monuments by the State Archaeology, and proper safety and security measures taken. 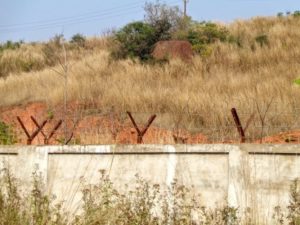 INTACH has taken up a comprehensive survey of the entire Mahanadi Valley in Odisha and is documenting both the tangible and intangible assets. The project was flagged off in January 2018 and will be completed this year. More than a 1000 monuments have already been identified on both banks of the river and will be listed along with the intangible heritage.