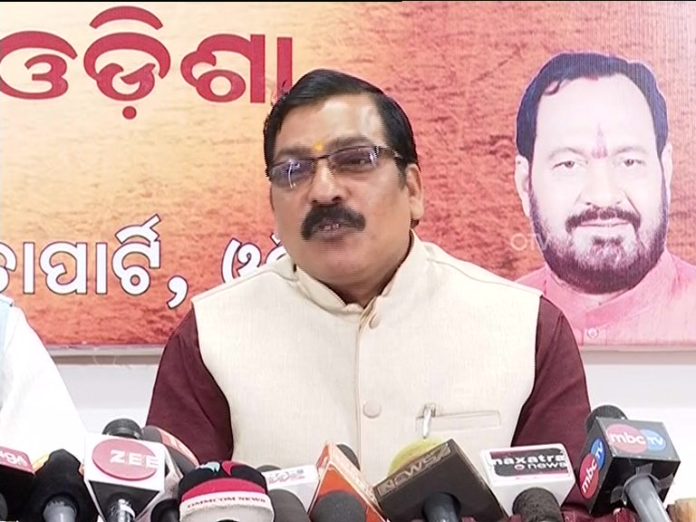 Bhubaneswar,Jan 3: The Odisha BJP Friday attacked the ruling BJD government in the state and accused them of using fake and forged data to get the Centre’s Krishi Karman award recently in the national capital by the Union government.

State BJP spokesperson Golak Mohapatra addressed a press conference Friday to discuss the matter. In his presser, the senior party leader termed the BJD government in the state as “traders of forged data” and also claimed that an audit by the CAG will expose the truth of the forgery of data by the government.

He said, “Odisha government is a trader of fudged data. They have expertise in getting certificates based on forged data. An audit report by the Comptroller and Auditor General (CAG) can reveal their manipulations and fake claims. They have got the award by furnishing fake data on production,”

He said, “Everybody knows how the Odisha government fair in Potato Mission. Odisha is now deprived of ample potatoes, onions or even other vegetables and crops. Whatever mission the state government takes, everything fails. I am failing to understand on which areas of agricultural production there has been any reported increase. Producers of rice are baffled and waiting for their crops to be sold,”

On non-payment of KALIA dues

The leader also accused the state government of doing nothing for the farmers of the state and adding to the sufferings of KALIA beneficaries. He said, “KALIA scheme was brought into existence by the BJD government in Odisha to win the elections. The state government does not care about farmers at all. If they really wanted to help them they could have given them adequate agriculture facilities, electricity facilities, cold storage, housing and other facilities in their mammoth two decades of governance but they failed in all areas,”

He also added, “As soon as the elections are over not they are doing all sorts of drama like talking about mixing it with central scheme and others. Now people are struggling to get their dues under the scheme. This comes at a time when the PM Kisan Scheme has given its third installment to the farmers,”

The BJP spokesperson said that the announcement for the same will be done sooner. He said, “Central level observers had come to Odisha to scrutinize the issue. They have gone to Delhi and discussed the matter with the national committee leaders like Rajiv Pratap Rudy. A decision into the same will be taken very shortly and it will be convened to the people of Odisha very shortly.”