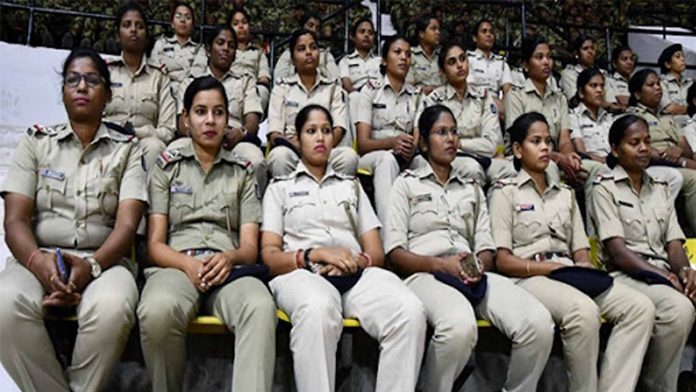 Odisha is a unique example of crime against women and gender diverse policing. The question often been asked as why do the crime rate against women in Odisha continue to remain at the top in the country despite several state initiatives to firm up safety of women and girl children, create awareness, and strengthen policing? The experts say, Odisha lacks a strong Gender-diverse police force. Women in Odisha police is just 10.1% as per the report by Bureau of Police Research and Development (BPSD). Although the state has the provision of 33% reservation of vacancies for women in the force, the present occupancy is significantly low. The representation of women in Odisha police was 9.48% in 2017 and 9.65% in 2018.

As per the India Justice Report (IJR) 2020, at current average Odisha will take 82 years to reach 33% women representation in police. The IJR 2020 calculates, based on the average numbers of women in their police force over the past five years. Eight states and UTs will take more than 100 years to cross the recommended 33% share, at current averages

Against an actual strength 58,455 personnel in Odisha police (civil and armed) in 2019, only 5,854 were women, according to the latest ‘data on police organisations’ released by the bureau of police research and development (BPRD).

Interestingly, Bihar was recorded as having the highest share of women in its police force, constituting about a quarter (25.3%), but most of its women police were concentrated among the lower ranks. Only 6% of its police officers were women. Maharashtra has highest number of women in the police force among all these States.

In September 2009, the Ministry of Home Affairs has issued advisory to all the State Governments and Union Territory Administrations to increase the representation of women in the police force to 33 per cent. The Parliamentary Committee on women in police force is of the strong opinion that the women police can act as a better instrument of social change to raise the status of women in society if they are given equal opportunities at work and a gender bias and stress-free working environment. The visibility of women police in police forces would dispel negative sentiments of distrust against the police force and would boost public confidence. The very presence of women personnel in police stations could create a congenial environment for women who unfortunately become victim and go the police station for justice.

United Nations Security Council adopted a Resolution on 31 October, 2000 by reaffirming the important role of women in the prevention and resolution of conflicts, peace negotiations, peace building, peace keeping, humanitarian response and in post-conflict reconstruction. In a democracy, the legitimacy of the police as an institution depends on representing the diversity of the country’s people. To command confidence, trust and respect of the public, a police unit must reflect the community it serves. Female police officers bring to the table skills, experiences and perspectives that differ vastly from those of their male counterparts.

As per the Seventh Schedule, police and public order are State subjects under the Constitution and the primary responsibility for induction of women personnel in the police, modernisation of police and improving the working conditions for them lies with the State Governments and the Union Territory. However, the pace of induction of women in police force has not been encouraging.

In 1939, for the first time women police personnel were inducted in the erstwhile princely State of Travancore. Nearly 25 years later, for the first time a woman was inducted In Odisha police.  One post of woman ASI was created and the first lady ASI was posted at Sambalpur in the year 1964. Thereafter in the last 6 decades the representation of women in Odisha police has achieved only 10.01 % . The major reason for the poor representation is Bureaucratic delays in selection and appointment, says the report.

The population of Odisha contributes to about 3 per cent of India’s population where as the rate of crime against women in the state was 5.6 percent, as per NCRB report, 2017. Odisha reported the highest cases of assault against women in the country, according to NCRB data 2018. It was the second in the country to report the highest number of cyber-crimes. More the number of women in police better the investigation and policing, says IJR findings.