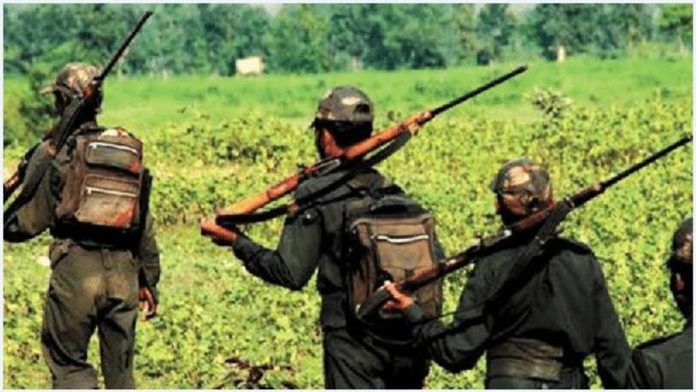 Malkangiri, Jan 27: Villagers at the Naxal prone area of Swabhiman Anchal of the Malkangiri district Saturday stood firmly against the Naxals and revolted against them. In a retaliation, the villagers of Janturai also killed one and injured another with their traditional weapons.

A fierce encounter between the villagers and the Naxals lead to the loss of life of a Maoist while another one was injured. “Around 25 armed Maoists attacked the villagers. The villagers also retaliated with stones and their traditional weapons-bow and arrows. One Maoist was killed while one was injured in the incident,” said Malkangiri SP, Khilari Rishikesh Dnyandeo. Police claim the Maoists also tried to outrage the modesty of some of the village women.

He also disclosed the identification of the two Maoists. He said, “We moved them to hospitals. One was declared to brought dead. His name was Adma Madhi, a resident of Kalimela area. Second person is Jipro Hakika, a resident of Nandapur area of Koraput. He is a ASM cadre worker in the Maoist organisation in the Gumma Area Committee. He was injured in the retaliatory action from the villagers. He has been arrested. He was carrying a reward of Rs 4 lakh on his head.”

The Swabiman Anchal was connected last year through the much awaited Gurupriya Bridge which was proposed in 1982. Due to the lack of any connecting link, the area was surrounded by rivers on three sides and Andhra Pradesh border on other side on the land. Many villagers used to use boats to reach to urban areas of Odisha. Due to its isolation, many areas were inhabited by the Reds.