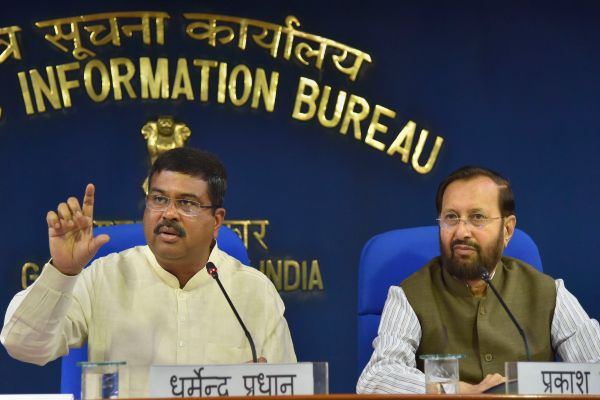 Bhubaneswar: The Union Minister for Petroleum and Natural Gas Dharmendra Pradhan is often seen drum beating on the flagship scheme of Pradhan Mantri Ujjwala Yojana (PMUY) managed by his ministry. However in his own state, the ambitious scheme of Pradhan seems to have failed in striking a chord with the people of Odisha.

Data given by him before the Parliament itself speaks louder about its failure on the ground in Odisha due to several practical reasons. Statistics given by Pradhan in the Parliament claimed that in Odisha lakhs of beneficiaries who received the one time assistance of free LPG cylinders never turned up to refill their cylinders.

According to the government data as furnished before the Lok Sabha, a total of 35.5 lakh beneficiaries in Odisha received the free connections from 2016 till December 2018 under the Ujjwala scheme where they got one time assistance of the free LPG connection. However out of the 35.5 lakhs, 12 lakh beneficiaries never returned to refill the cylinders even after one year of getting the connection, hinting as a glaring example of the scheme at this massive scale.