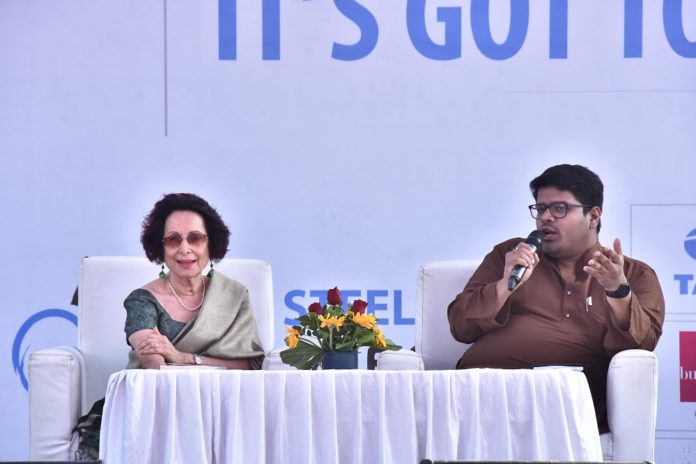 Bhubaneswar, Jan 12: The fifth edition of the Bhubaneswar Literary Meet came to an end on Sunday with an array of power packed performances from noted comedians, authors and other artists who tried their best to end the special fest on a happy note.

The literary extravaganza, which aimed at promoting all forms of creative pursuit was on Sunday concluded with a spellbinding performance by noted stand up comedians Biswa Kalyan Rath. In his known eye-catching style, narratives and timely and well planned punches, the pride of Odisha kept engaging the audience present there. The crowd felt mesmerised as he presented his unique perspective on topical subjects that tried to strike a chord with the millennial.

“The response for this special literary fest had been tremendous and overwhelming. With such surging support we plan to become bigger. We have been supporting literary pursuits and art in society for several decades and it is to this end that we have been organising Literary Meets in this region,” said Kulvin Suri, Chief, Corporate Communications – India and SEA, Tata Steel. Tata Steel had been the main organizer of the event.

The final day of the literary festival included sessions celebrating Odia poetry. A captivating session with city poets such as Chitta Ranjan Mishra, Sonali Sahu and Sarita Naik was followed by performances by Gayatribala Panda and Manu Dash. Dash had earlier kicked off the day’s events with a panel discussion on the Odia translation of Chandrahas Choudhury’s Arzee the Dwarf, which was shortlisted for the Commonwealth First Book Award.

From the inauguration of the event and keynote address by Lord Meghnad Desai and heartwarming anecdotes from Pandit Hari Prasad Chaurasia’s rich life, to the scintillating performances of veteran actor Amol Palekar and new age spoken word poetry from Priya Malik – the past three days of the fest saw packed audiences who engaged in pertinent dialogue with the delegates.