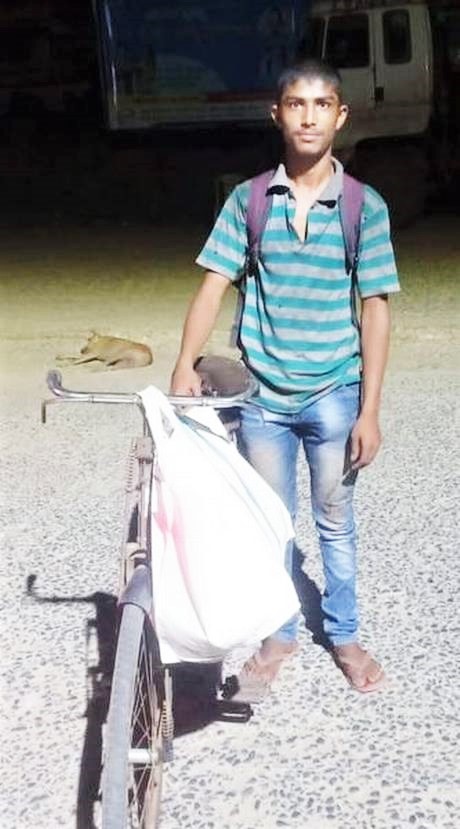 Bhubaneswar, April 12: A 20-year-old youth hailing from Jajpur district of Odisha has now shocked many by travelling close to 1700 kilometers from Maharashtra to Odisha during the lockdown to reach his home town.

The person named as Mahesh Jena was working in a water pump company at Sangli in Maharashtra. During the lockdown, his employer said that the company will be shut for next few months. Looking at the bleak future, the youth decided to face the odds and reach home.

Jena started pedaling his second hand cycle which he recently bought at Rs 1500. During his journey, he visited Andhra Pradesh and Telangana before entering Odisha. “I did not feel afraid because I was desperate to reach home. I was intercepted by the police in Andhra and Telangana but hearing by woes they allowed me to proceed,” he said.

The youth said that he entered the state from the southern states and traveled from Ganjam, Bhubaneswar to his native village in Jajpur. Jena has now been sent on a 14-days quarntine after arriving. But he is relaxed that he is now close to his home as his relatives are closer and he will soon back to home.