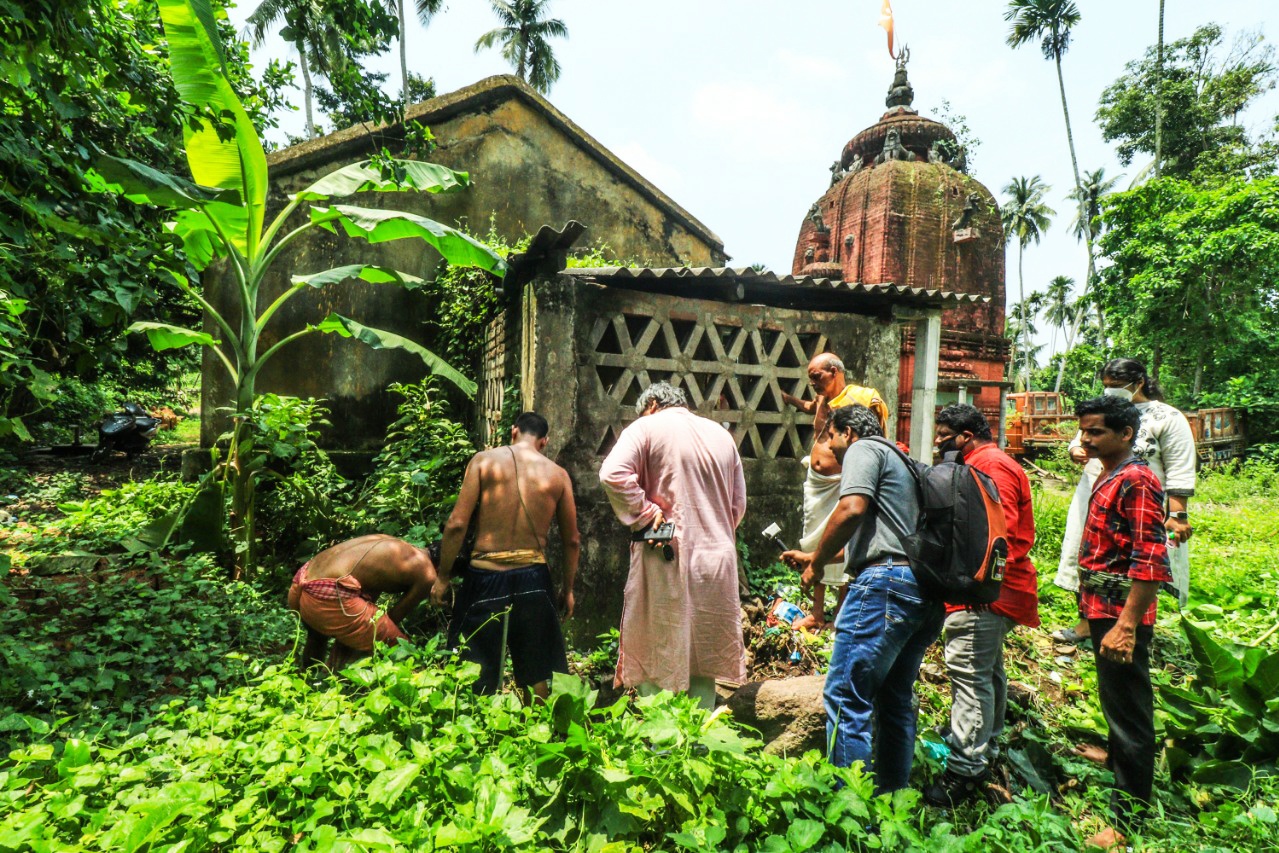 Bhubaneswar 13th Aug:  A team from the   group “Rediscover Lost Heritage”, who are conducting a survey of the Ratnachira Valley, have discovered a treasure trove of old temple images in Laudanki village near Satasankha on the Bhubaneswar-Puri road. The discovery was made yesterday by a six member team who were inspecting the precincts of the ancient Gateswar temple in the village, just 15 kms from Pipli.

According to Anil Dhir, the assortment of nearly two dozen artifacts was discovered beneath a big garbage heap on the rear of the temple kitchen. The team had earlier discovered surface remains of an ancient temple strewn around the complex which comprised of carved stone blocks. The villagers had informed about many old images which had been recovered during the restoration of the temple by the State Archaeology Department in 1999. These images had been kept aside by the authorities for taking them to the State Museum, however   the place was inundated   during the Super Cyclone in 1999, and the entire lot was buried under vegetation and branches of uprooted trees. The officials forgot about the recovered   images, and they have been lying buried in the garbage heap for the last two decades.

Deepak Kumar Nayak, the Chief Co-ordinator of the RLH group, who is heading the Ratnachira project,   says that the identified images include a three feet Kartikeya image in Mayurasana, a two feet Ganesh in Ardhaparayanika, a two feet Mahisamardini image, a seven hooded serpent image of Manasa besides an assortment of temple panels with intricate carvings of Alasyakanyas, Brushavas, Nara Vidalas etc.  A   small brass mask of Lord Shiva too was found. The antiquities, except the brass mask, can be dated to a period between the 9th to 12th Century C.E. The artifacts have been kept inside the temple and the authorities have been informed. 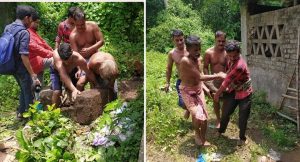 According to Dhir, like the Prachi Valley, the Ratnachira Valley too is a treasure house of many archaeological wonders, most of them being obscure and unknown as they have not been documented.  Like the Prachi, the mythical Ratnachira too is on its death throes. Legend has it that Lord Rama had drawn the river to quench Sita’s thirst, using her pearl ring to chart its course. The ancient river, which now runs dry for most of the year, has many myths and legends with flourishing heritage on both sides of its short stretch.

Dhir has appealed to the authorities to conduct a proper survey of the temple complex. Excavations as the site will yield rich finds. A survey of the entire 60 kms Ratnachira valley should be undertaken and the monuments documented. Earlier, after the discovery of the nearly ancient temple, the Minister of Culture had visited the place with a team of officials and promised proper restoration and conservation.