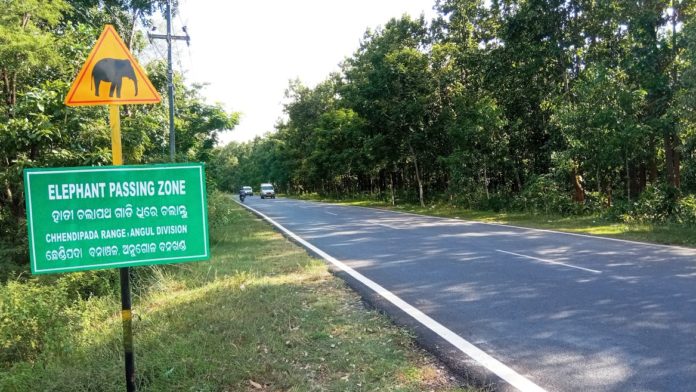 Bhubaneswar, Dec 4: The National Green Tribunal (NGT) in its latest order has now given the Odisha government last chance to submit an Action Plan on notification of its proposed 14 Elephant Corridors.

The tribunal in March had asked them to submit the same within two months. The defying government however in its tribunal hearing in September too failed to submit the same. In its latest hearing on November the government again expressed its helplessness and demanded extension of time. It cited the time required to consult more stakeholders on the issue for buying more time.

The NGT has now given them the last extension. In its latest tribunal order the NGT said, “Considering that the order for the preparation of the action plan was passed on 26.03.2020 which was more than five months ago, it was expected of the State to have expedited the process to complete the work. However, considering the submissions made by the learned Counsel for the State, in the interest of Justice, we allow the time sought for as a last opportunity,”

The order of the NGT came after the Wildlife Society of Orissa led by wildlife expert Biswajit Mohanty filed a case before the NGT on the matter few years back. The government earlier in 2017 told the NGT that they hired one Asia Nature Conservation Foundation (ANCF) for studying the matter which submitted its report on January 12, 2018. The NGT has asked them state to submit their Action Plan based on the ANCF recommendations.

The government claims that they have identified 14 Elephant Corridors but yet to notify the same. The NGT had asked the government to submit them an Action Plan on the same with defined time period. Shankar Prasad Pani, NGT lawyer told The Blink that if the elephant corridors are notified expansion of mining and industries in such zones could be challenged and the defined corridors can also help in reducing human-elephant conflict.