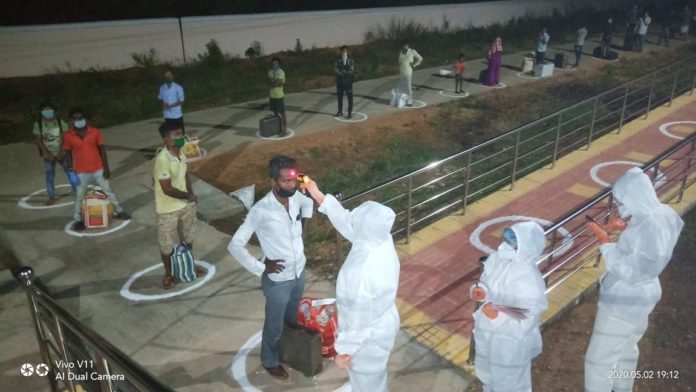 Bhubaneswar: Odisha on Monday saw rise of 103 new cases of COVID 19 as the government touched testing 1,27,776 samples in the state by May 23, the state government said.

The highest cases were reported from Deogarh which saw 22 new cases in its district. It was followed by Kendrapara which saw 15 new cases. There was no new case of deaths owing to the global pandemic.

Other fourteen districts which reported the new cases included- Jagatsingpur (10) , Malkangiri (9) , Balangir and Bhadrak at (8) , Koraput and Gajapati (6) each , Khurda and Balasore reported (5) eachthe , Ganjam (4) , whereas Jajpur , Mayurbhanj , Keonjhar and Khandamal reported (1) new cases each respectively.

Pramit Karmakar is a reporter with The Blink.