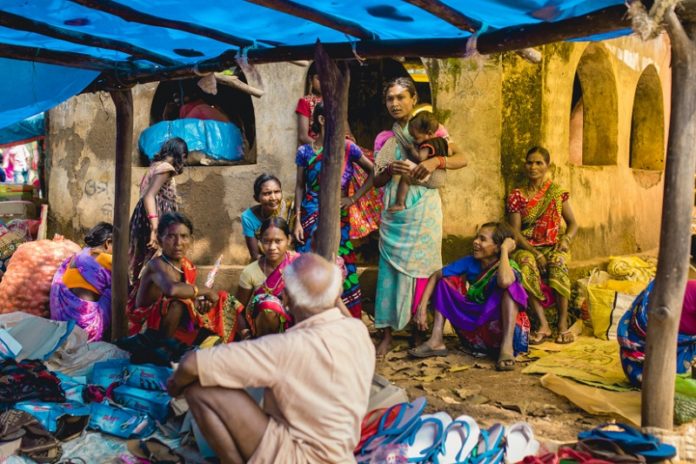 Kalahandi: At a volunteering opportunity during my stay in the United Kingdom, I began to understand people’s problems and to believe that people are devoid of opportunities and denied their rights. I thought, with a little push, they would eventually develop the confidence to progress. It was one of the reasons I applied for the India Fellow program.

However, as I started working in the tribal belts of Kalahandi, Odisha, I realized I was wrong. When I was working in the health center at Kerpai village, a field animator told me about two adolescent sisters who were extremely sick, in a remote village of his cluster.

On his request, the next day, I took my stethoscope and some medicines and went to see the girls. The field animator accompanied me. In the absence of a road or a pathway, crossing a river on foot was the only way to access the village. Hopping from one stone to another, I managed to cross the river and reach the village.

The girls looked underweight, malnourished, pale and weak. They couldn’t even walk properly. Both of them had high fever.

In addition, they had been experiencing hemoptysis (coughing up of blood) for nearly three weeks. The symptoms were highly indicative of tuberculosis (TB). Listening through the stethoscope, I found abnormal breathing, which could be a lower respiratory tract infection.

When I asked the girls’ grandmother about the medical history of the family, she said that the girls’ parents died of severe fever and coughing up blood a year ago. It could have been TB. Hence, I requested her to send the girls to a hospital, which is 75 km away.

As the old woman worried about expenses, I told her that we would take care of the expenses including transportation, hospital stay and medicines. She refused to send the girls. I was extremely angry, wondering how she could refuse even after my assurance of bearing the expenses.

She asked us to wait for her husband, who had gone to the farm. When he returned, smoking a beedi, we told him the serious health condition of his granddaughters and the need for a visit to the hospital. He too refused without a second thought.

Surprisingly, most of the villagers were supportive of the old man. One of them asked if we were there to buy the girls. After hours of making an effort to convince them, we understood that they’ll never go to the hospital and decided to go back to the health center.

I couldn’t wait to narrate this incident to Aquinas Edassery, physician and founder of Swasthya Swaraj, the organization where I was working as an India Fellow. She was shocked to hear the story; she also suspected that the girls had TB.

Next day, she sent a jeep with the staff, to convince the girls to come to Kerpai health center. The grandfather was under the influence of alcohol. The girls were in tears, and willing to go to the hospital. However, the old man and his wife refused to send the girls. After hours of failed pleading, the jeep returned.

I asked the field animator what the reason could be for the grandparents’ stubborn attitude. “They probably think that if treated, they will have to take care of the girls and get them married, which comes with the additional burden of dowry that they can’t afford,” he said.

“It would be better for them if the girls have a natural end and become one with nature. Such thinking isn’t new here,” he said. “There have been situations where mothers refused to admit their children for severe anemia, severe acute malnutrition and malaria.

I had been angry with the old couple for refusing to hospitalize their grandchildren. I had been thinking that my belief system and ethics were absolute and universal, irrespective of extremely different circumstances. I forgot to make an effort to understand ethics and values in their perspective.

Think about it – they have lived all their lives in the tribal pockets of Kalahandi, which has a grim history of extreme poverty, starvation, and famines for decades. If we put ourselves in their place, it makes sense, despite the conflicts with my belief system.

They had to work hard to feed their families. Admitting the child in the hospital means losing a day’s wages, leading to lack of food to feed the family for two or three days. If the choice is to save one child over the rest of the family, obviously the latter is priority.

After working in the district, I feel that people in the development field will always have this dilemma. It is crucial to understand the values and background of the community where we work. Simply shoving our ideals and beliefs on them won’t help solve anything.

Sandeep Praharsha is a physician working for Airport Health Organization. As an India Fellow, he worked with Swasthya Swaraj on community awareness and healthcare research. Views are personal.

The story first appeared at villagesquare.in