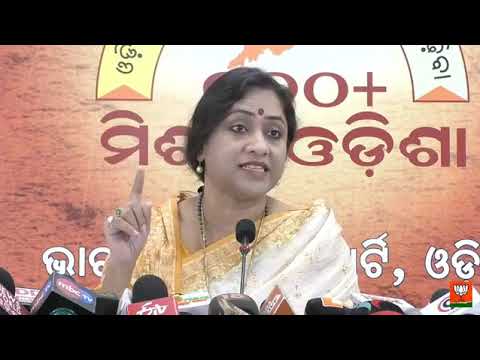 Bhubaneswar, Jan 12: The Opposition parties in Odisha-Congress and the Bharatiya Janata Party (BJP) on Sunday attacked the BJD-ruled state government against the Cabinet Resolution of the government demanding undertaking Socio-Economic Caste Census along with the 2021 general Census in the state.

He said, “I am not all in favour of this decision of the Odisha government. Are they till now still classless on the data on the population of the people from the SC, ST and OBC classes? Do they lack data. This is all vote bank polictics and has been raised just to attract the voters from the state,”

The Odisha BJP leaders also attacked the state government on the issue. Speaking to the media, Odisha BJP leader Lekhashri Samantsinghar said, “Odisha is one of the worst performing states when it comes to implementation of reservations to the OBC. While the Centre has been safeguarding their rights, the state is not giving them their rights. Although the case is sub-judice in the state in terms of government jobs, but why not ensure its full implementation at educational institutions,” she asked.

The Biju Janata Dal (BJD) Vice President Debi Mishra however approved the decision and termed it useful for the Odisha population. The leader found nothing wrong in this and claimed that it was done to ensure a roadmap for their development could be ensured through these data. He also said that there is nothing illegal or unconstitutional to demand for such a thing by a state government.

Former Union Minister Srikant Jena also fired salvos against the government on Sunday from a press conference for not ensuring reservation to the deserving population from the state and said that majority of the eligible people in the state are deprived of their rights in the state under the leadership of the Odisha Chief Minister Naveen Patnaik.