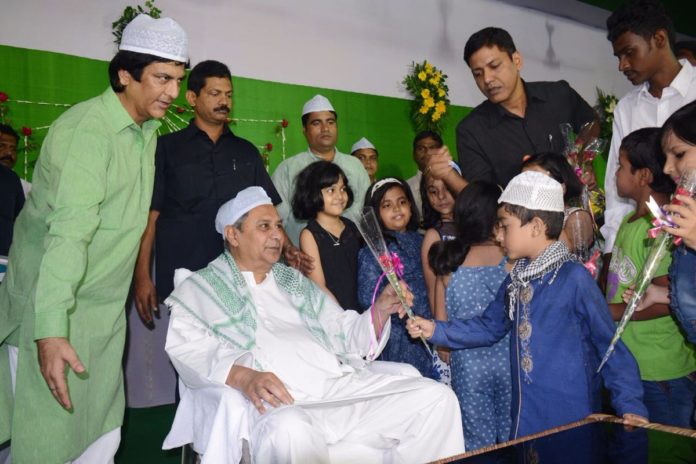 New Delhi: The Biju Janata Dal (BJD) is often referred in the Lutyen’s Delhi as the ‘friendly ally’ or the ‘Off the record ally’ of the Bharatiya Janata Party (BJP). The regional party has often helped the Modi government sail through rough weathers in the Parliament whenever needed.

The recent open support of the Naveen Patnaik’s party to the NDA government at the Centre for the Citizenship Amendment Bill in the Lok Sabha has again raised doubts about the secret friendship. The BJP and BJD are ‘on-record rivals’ but their love for each other when needed is also in the public domain.

With the support to the controversial bill which bats for excluding the persecuted Muslims from the neigbouring country has also raised questions on the secular nature of the Odisha Chief Minister Naveen Patnaik. The fresh developments has bolstered the speculations that something is fishy in the BJD-BJP relations

In what could be nothing but another blatant hint of a secret pact between the regional satrap and the saffron brigade, a battery of BJD MPs from both the Lok Sabha and the Rajya Sabha Monday met the Union Home Minister Amit Shah in the national capital. This comes when the former was seeking support from his friendly parties to support the bill which could otherwise pave a platform for extreme polarization and when combined with the National Registrar of Citizens (NRC) could create chaos in the country and create ghettoization.

The BJD MPs under the garb of discussing issues from the state met Amit Shah in New Delhi Monday. However the BJD MPs citing their rhetoric of raising the issue of GST compensation and revision of royalty, both of which do not come under Shah’s ministry decided to meet Shah for such matters.

The grapevine has it that in this secret meet which is attributed as a secret deal between the BJD and the BJP, the BJD is most likely to have asked Shah to support their demand of formation of a Legislative Council in the state. A resolution of the same has already been sent from the Odisha Assembly for the consideration of the Parliament and Union government.  It is said that the full support for the BJD for the controversial bill was a trade off for the BJD to seek the BJP support for a State Council.

It is most likely that that if the Council comes into existence many MLA aspirants from the BJD who could not win elections or veteran politicians closer to Naveen and the party can be accommodated in the Council. Earlier the BJD almost gifted a Rajya Sabha seat to their rival BJP candidate which was seen as another step taken by Naveen to lure Modi and his team.

Earlier too the BJD MPs bestowed their favours in crucial times like GST, demonetization, No Confidence Motion and others. The BJD MPs tactfully either support the BJP government at the centre when they need it or they plan to walk out of Lok Sabha to ensure the numbers go in favour of the Modi government.

With the untimely meeting of the BJD MPs with Amit Shah, the crusader for the Citizenship Bill, a day before voting for the legislation it is evident that talks must have arose on the support to the bill and way forward for the same. The Congress party in Odisha meanwhile has planned to protest the decision to come up with this bill.